Stefan Malloch in the Delta Optimist

In the Delta Optimist

Author of the article: Mark Booth
Publishing date: May 1, 2021
Photo by: Stefan Malloch

It was a life-changing moment for Stefan Malloch and it put Canada on the podium for the first time in what is considered the Olympics of photography.

The Ladner photographer’s submission helped Canada finish in a tie for third at the recent World Photographic Cup.

Celebrating the best of the best in professional photography worldwide, the eighth edition of the competition took place in Rome, Italy. Australia took top honours, followed by Brazil, while Canada shared bronze medal honours with Spain.

“It was our first born that would literally change everything for me. It’s the most passionate picture I will ever take by far,” said Malloch. “We didn’t even know if it was going to be a boy or a girl and my wife was then rushed away into surgery.”

Upon joining the Professional Photographers of Canada, a couple of friends encouraged Malloch to enter the photo. Given the number of entries, he wasn’t getting his hopes up.

“Thousands and thousands are submitted then they whittle it down,” he explained. “I was excited just to make it to the semi-finals and absolutely blown away when I found out it was selected.”

A realtor and a mental health supporter, Malloch recently took his interest in photography to another level. He eventually created his own photography YouTube channel that has nearly 27,000 subscribers and has resulted in several companies wanting him to feature their products.

He was also a finalist for Canadian Photographic 2021 artist of the year.

His Team Canada photo is up on his website.

“My mom (Leslie Sharpe) was my motivating factor. She is always posting her photos on Ladner’s Landing. I was kind of a hobbyist then went full time in a couple of years ago,” added Malloch. “Photography is just a great way to keep people sane and happy.

“It has been a great tool and a passion of mine just to capture everything in our beautiful town. I had a pretty lucky experience of joining an association and going into competitions like crazy and doing really well apparently.” 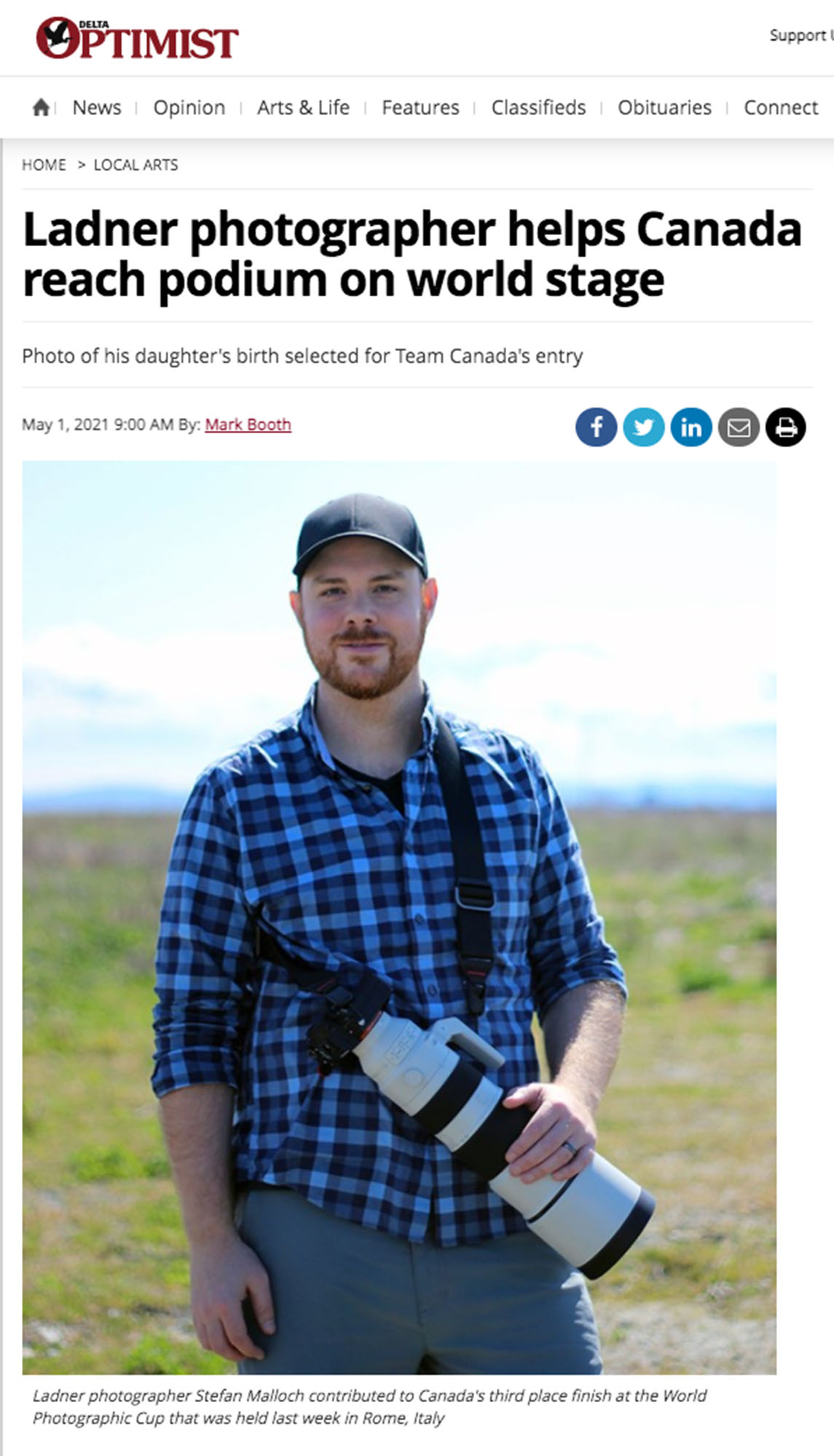 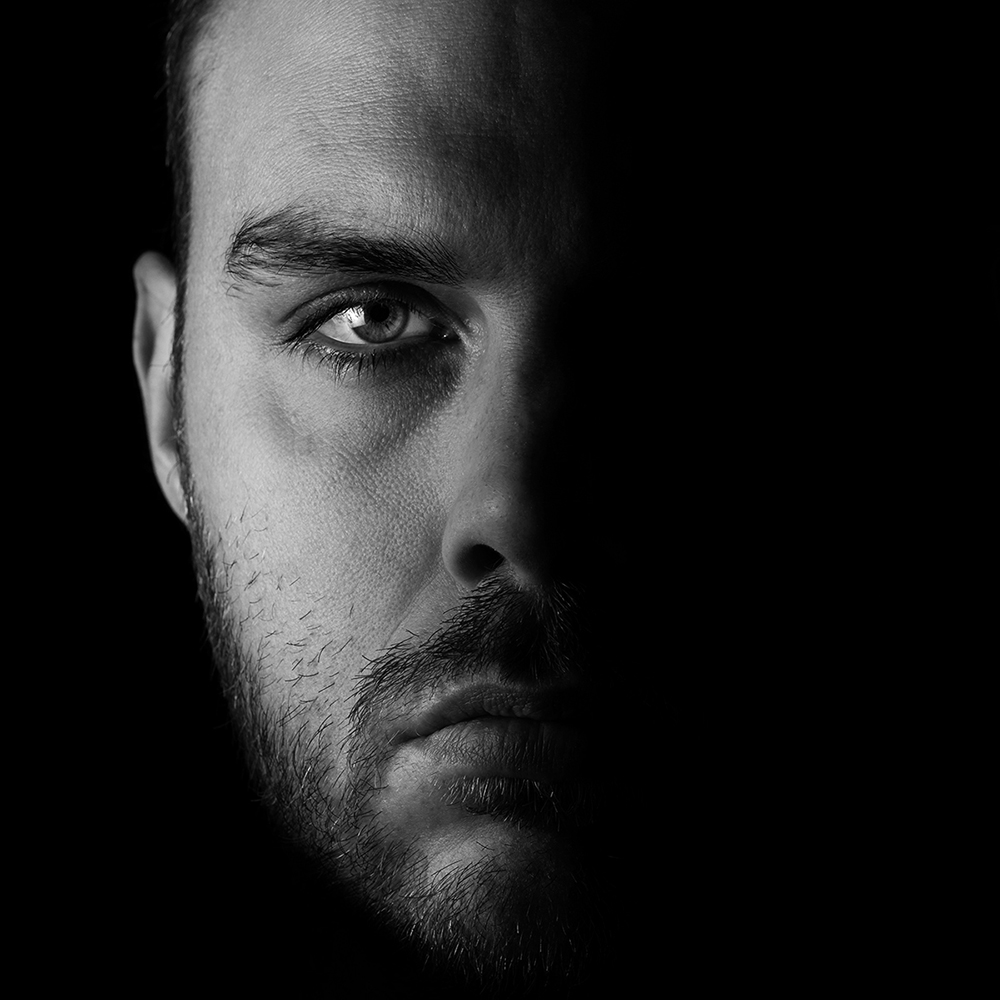 “Photography is just a great way to keep people sane and happy.”

This image represents the best and worst day of my life. The overwhelming joy of a first child and the unforeseen trauma that followed. The most personal, emotional and powerful photo I will ever take. 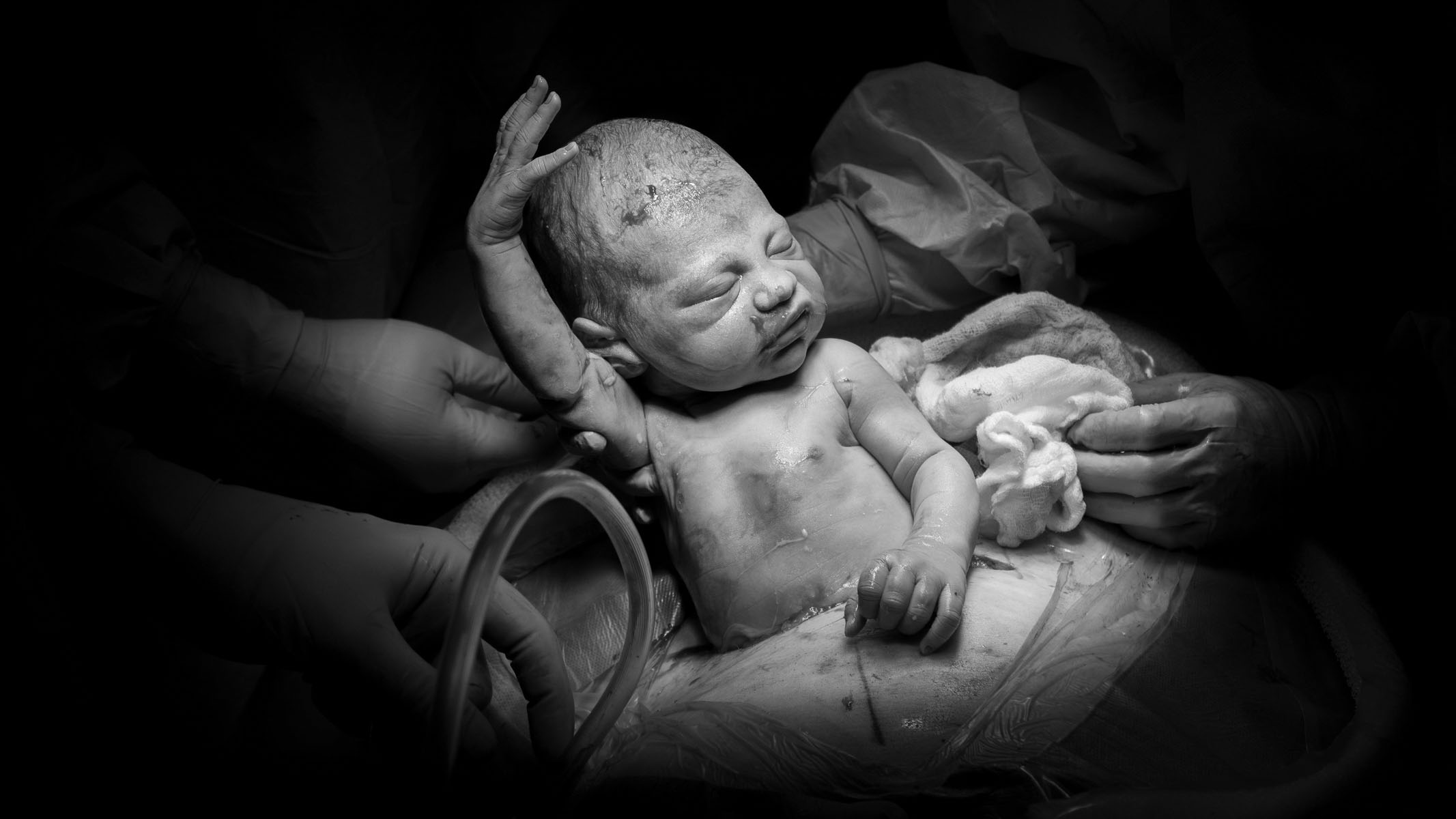