Strength and beauty are key themes when it comes to images created by South Surrey photographer and master artist Karen Ceraldi.

Merging photography and art – there’s no one word that sums up the medium, she says of her craft – her works typically focus on women, often include nature or space elements and aim to evoke a sense of feminine vitality, resilience and spirit.

“I like to create strength and beauty,” Ceraldi said simply, in an interview from her home Tuesday (Dec. 22). “It just inspires me and makes me feel like we’re grabbing our female strength back.”

One of those creations is currently vying for a spot on the world stage, as one of 18 ‘Team Canada’ entries into the World Photographic Cup.

The competition, according to information online, aims “to unite photographers in a spirit of friendship and cooperation.” Described as a “one of a kind international team competition,” it draws submissions from around the globe in six categories: portrait, wedding, commercial, illustrative/digital art, reportage/photojournalism and nature.

Other countries with teams entered include Argentina, the U.S., Sweden and Venezuela.

Winners of the 2021 competition are scheduled to be announced in Rome, Italy in April.

For Ceraldi, it is her third time on Team Canada. She last competed with the team in 2018 – when 30 countries submitted entries – with an image of a woman laying in cupped hands. Dubbed Eve’s Genesis, the woman is supposed to represent the first woman, while the hands are those of God, she said.

It “represents how important she is, with God’s creation and such.”

This year, Ceraldi’s entry – in the illustration/digital art category – is titled Metal Beauty. It features a close-up of Penticton model Delaney Wise merged with the texture of a grate Ceraldi photographed in the South Point area.

“Grabbing our female strength back” is a concept Ceraldi admits is rooted in some earlier life experiences.

Those same experiences – not to mention often feeling disregarded in the earlier years of her craft because she was a woman – are also a likely factor in her taking up art of a different kind: martial arts.

She started with taekwondo at around age 24, honing her practice to the level of second-degree black belt. As well, she learned jujitsu and did hand-to-hand combat training. After stepping away to start a family, she later enrolled her two sons and returned to teaching tae kwon do – a position that came to a halt just before the COVID-19 pandemic hit.

It’s “all part of the same drive to not be disregarded and not taken seriously,” she said. “I’ve always hated that.”

Ceraldi’s passion for photography began developing at the age of 16, when she started working at a one-hour photo lab. Then, after some time in front of the camera modelling, she “started finding it interesting,” she said, of the idea of taking her own ideas from concept to print. She photographed her first wedding at the age of 17.

In the years since, Ceraldi has trained under the likes of Don McGregor, Jane Conner-ziser, Tom Rouse and Richard Sturdevant. Accolades include a first-place finish in the Professional Photographers of America 2019 Western District competition, in the illustration/commercial category, and a top finish in the artist category two years prior.

She began blending her skill with digital art a decade ago, and is currently working towards her master of photography.

Excited at the prospect of potentially going to Italy in April, Ceraldi said there is one thing that she can’t help but feel a bit disappointed by, and that’s the number of submissions that vied for a Team Canada spot.

There were “hundreds,” she said, however, “I thought there’d be way more.

“I think there’s a ton of Canadian talent out there, but I don’t see as much as I would like to see – what I think is really out there and what actually pops up.

Other Team Canada competitors from the Lower Mainland are Wayne Kaulbach of Vancouver (in the nature category), and Delta’s Stefan Malloch and Paul Wright of Whistler (reportage/photojournalism). 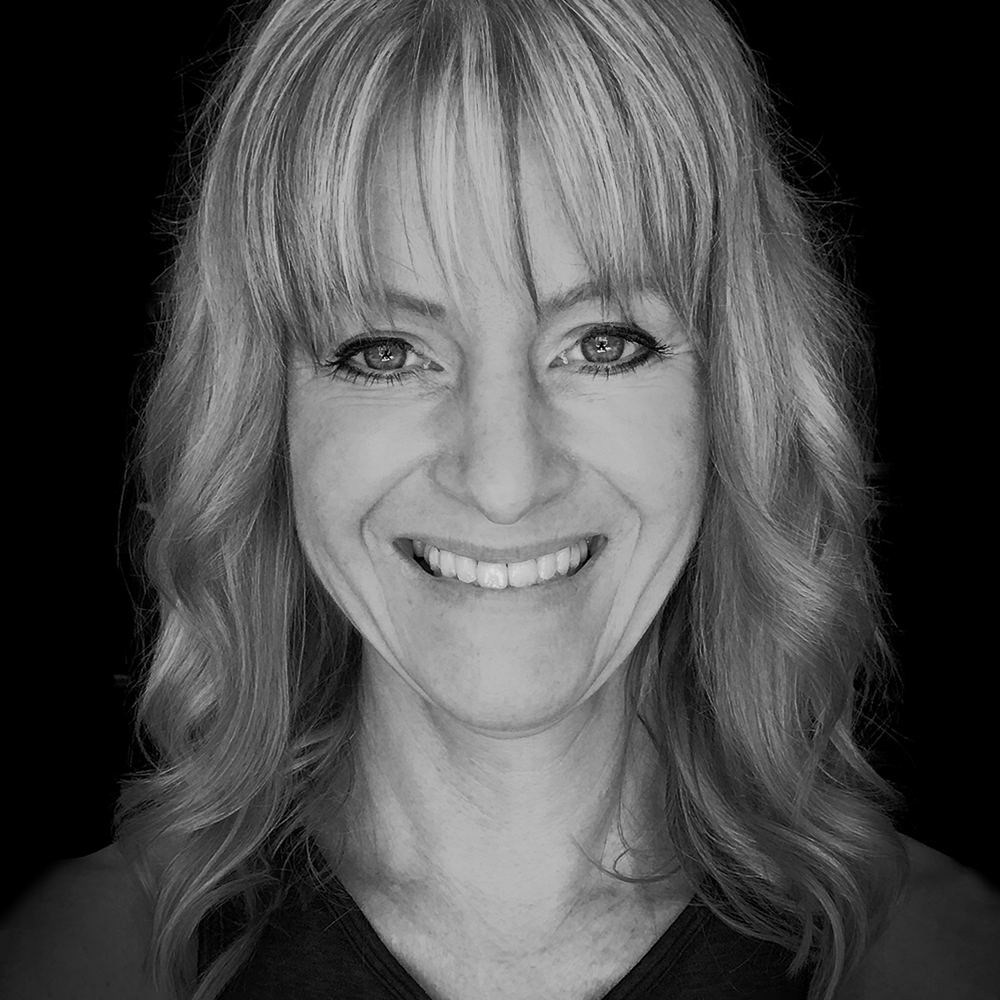 “At the age of 17 I started finding it interesting, the idea of taking my own ideas from concept to print.”

Titled Metal Beauty the image is of a woman laying in cupped hands. Dubbed Eve’s Genesis, the woman is supposed to represent the first woman, while the hands are those of God. It “represents how important she is, with God’s creation and such”. The image features a close-up of Penticton model Delaney Wise merged with the texture of a grate Ceraldi photographed. 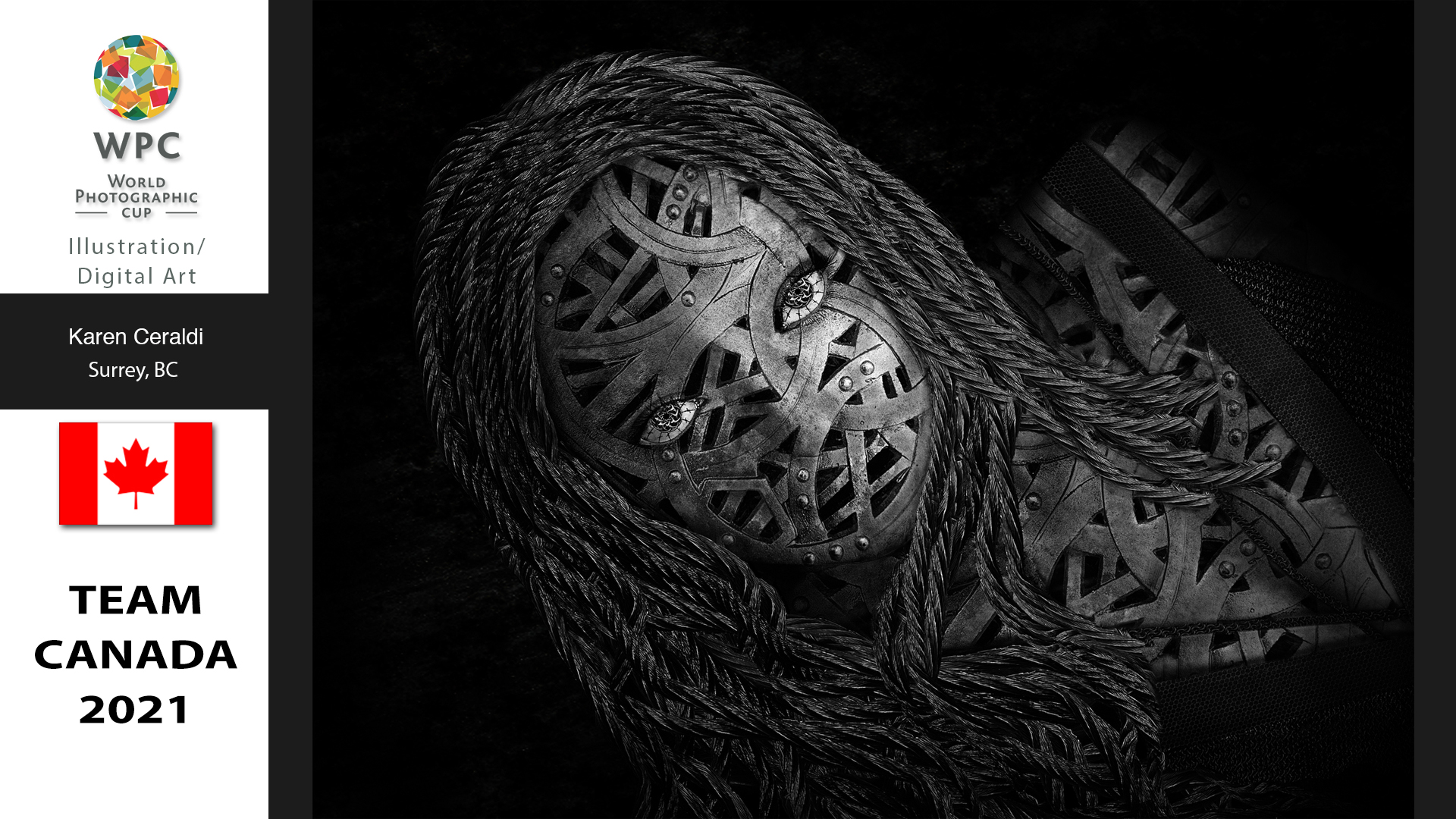