Jesse Boily is a photojournalist currently based in Grande Prairie, Alta. He studied photojournalism at the Southern Alberta Institution of Technology in Calgary, Alta. and has worked across Western Canada in daily and weekly newspapers.

Jesse firmly believes that photojournalism is needed in Canada, as many newsrooms across Canada see cuts in staffing, with the first to be laid off being photojournalists. In Canada, many media outlets have opted for handout photos instead of a photojournalist and have become weaker visually. As fewer and fewer staff photojournalist positions exist in Canada, Jesse is part of a rare group in Canada.

When Jesse is not chasing a story, he is probably watching a movie or visiting with friends and family.

“I am happy to have my image selected to represent Canada and shine some light on the Peace region of Alberta. I hope my image shows the world the beauty and mystery that Alberta has to offer.” 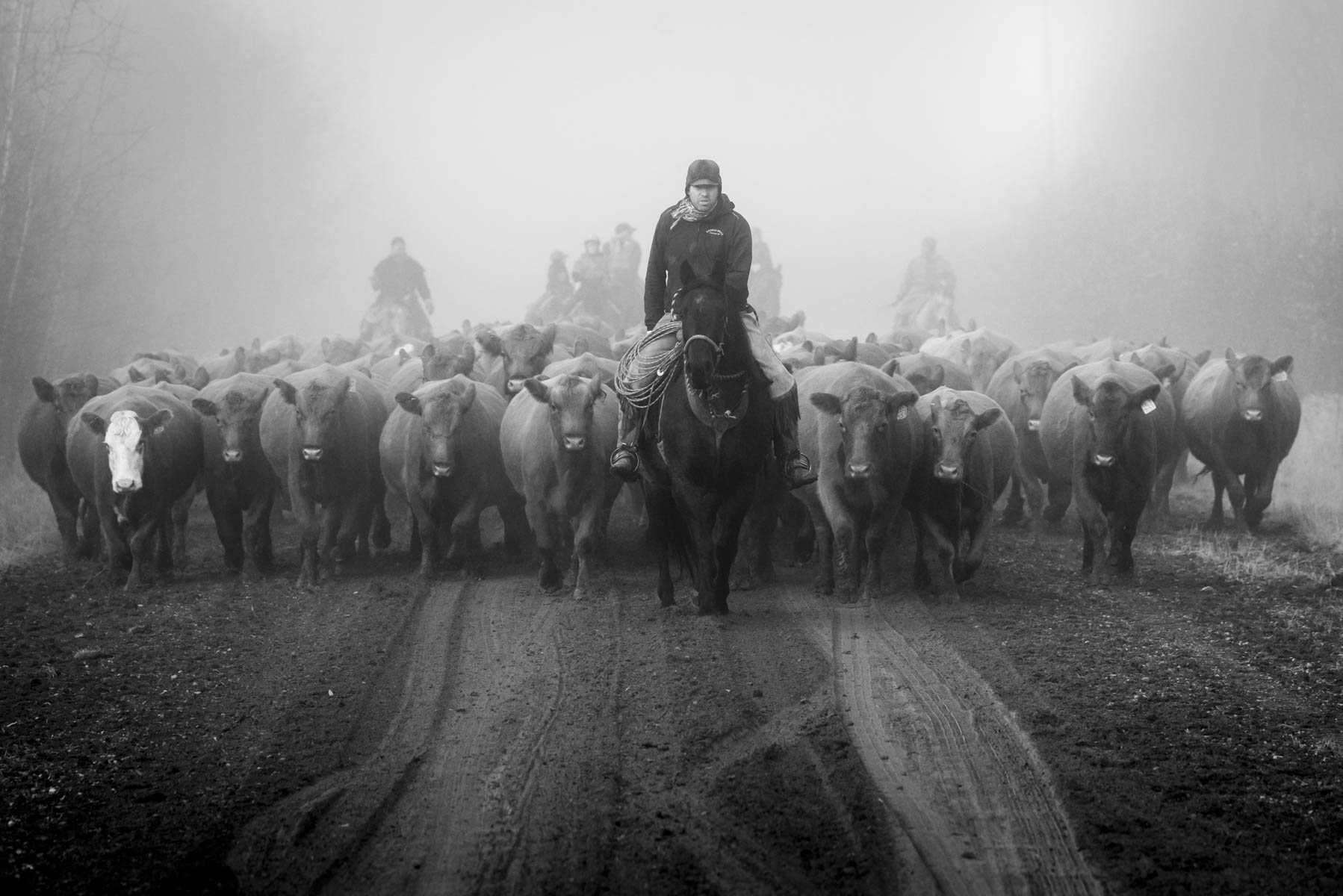 It was a cold damp morning I had a tip that a traditional cattle drive was happening, but with the thick fog I wasn’t sure they would still move the cattle over 20 km across highways and to their pasture for the winter. I wasn’t even sure I was in the right spot, but then I began to hear the moo’s of cattle and ghostly figures moving through the fog. Within moments over 80 head of cattle had passed me. I shot my photos from a far and then when they got closer I kept photographing. I never knew I had the photo until after siting at my computer.