A New West photographer will represent Team Canada on the world stage at the World Photographic Cup 2022.

Gabor Gasztonyi has been selected as one of 16 Canadian photographers who will be representing Canada in the World Photographic Cup 2022.

“I am very proud being a member of Team Canada in the photojournalism, reportage category which is my specialty,” he said. “There are many great photographers on the team, all with different specialties including portrait and fine art.”

Gasztonyi has been interested in photography since he was a child, when he used a Kodak Brownie with flash bulbs.

“(I) later became interested in seeing life through the camera lens and seeking to portray the essence of people and their surroundings,” he said in an email to the Record. “Over the years I have specialized in portrait photography at my studio in New Westminster and, in the field, specialized in the Downtown Eastside, Chilcotin Rodeo, children with polio and other projects, including documentary film.”

Gasztonyi’s 2018 entry to Team Canada, shown above, depicts life in the Downtown Eastside of Vancouver.

“It is a photograph of Harry Ashley in his room on Hastings Street, preparing materials for injection,” he said. “He is in my documentary film, No Way Out.”

The World Photographic Cup is a competition in which photographers represent their home country, with each country selecting 18 images to submit. Gasztonyi is one of 16 photographers who have had images selected to represent Canada.

“We cannot reveal the current images for 2022 till international judging is complete,” he said, when asked about his contribution to the team.

Gasztonyi, a member of the Professional Photographers of Canada, operates Gabor Gasztonyi Studio at 730 12th St.

“I would like to thank folks in New Westminster for supporting our studio, Gabor Gasztonyi Studio and gallery, through these difficult times of the pandemic,” he said.

For more information, go to www.gaborphotography.com. 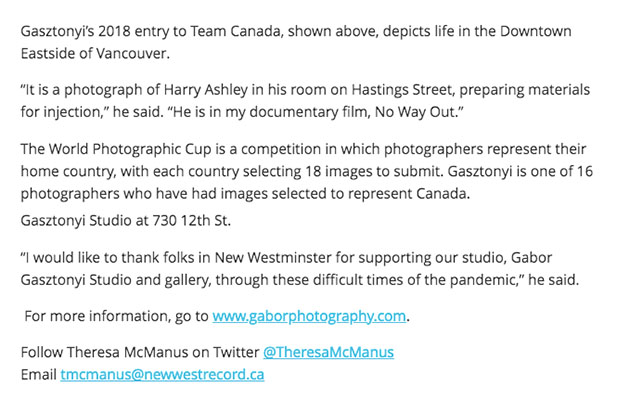 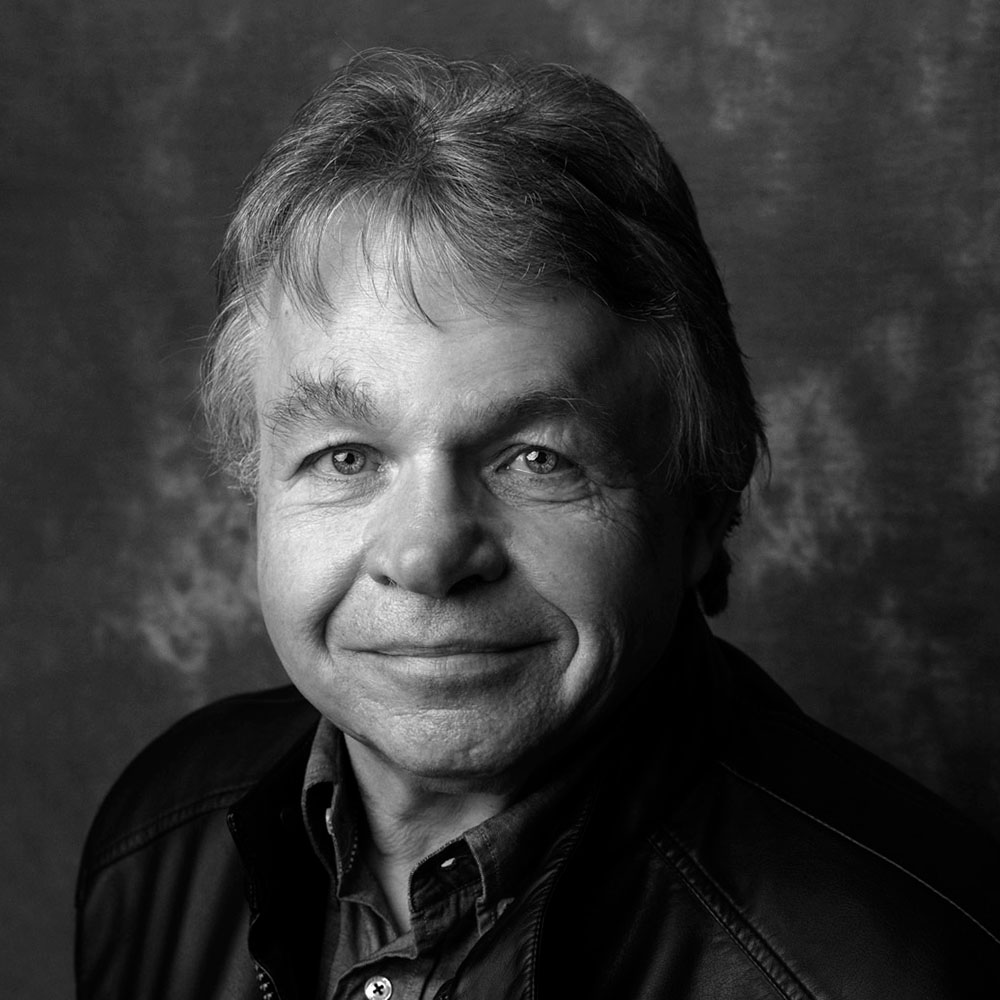 “I am very proud being a member of Team Canada in the photojournalism, reportage category which is my specialty.”

Gabor’s image will be revealed in December, once the International World Photographic Cup judging is complete. 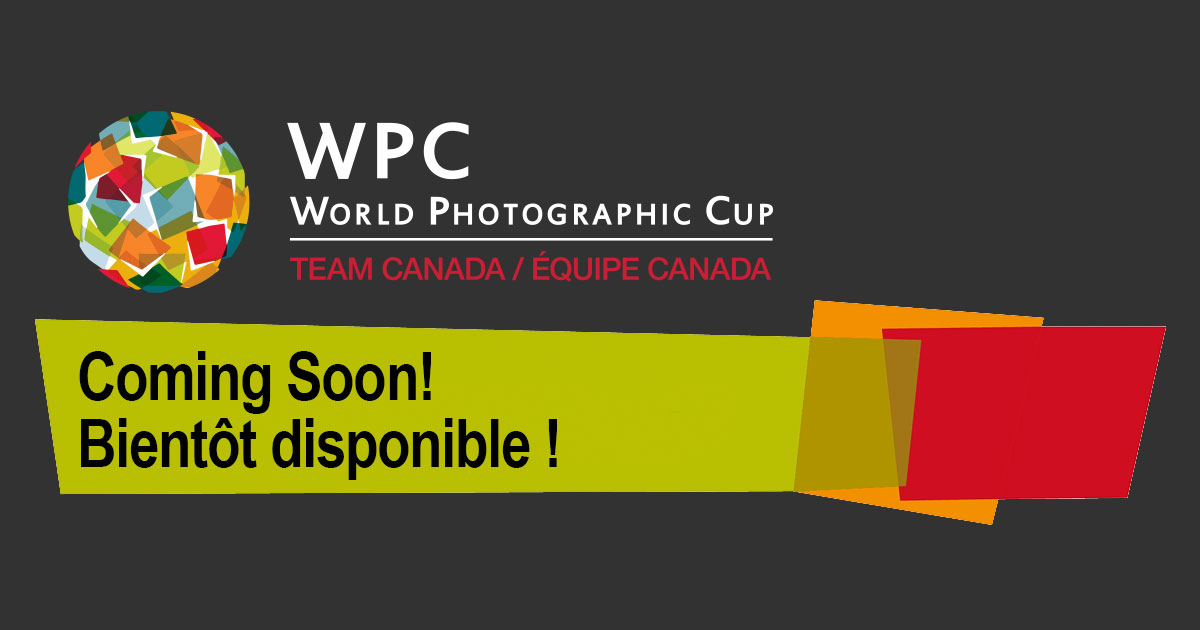